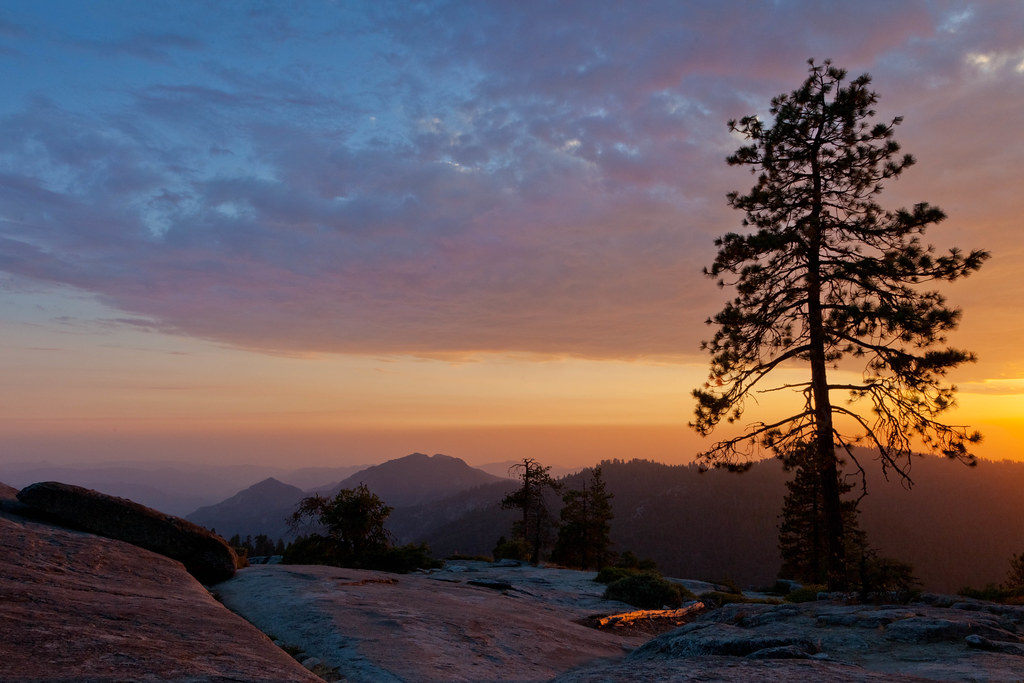 Sequoia National Park is a national park located in the southern Sierra Nevada east of Visilia, California. Sequoia National Park is one of the eight national parks in California. As a matter of fact, Sequoia is famous for big things which consist of some of the largest trees in the world including the General Sherman Tree and some of the highest mountains in the U.S., including Mt. Whitney, at 14,495 feet, which makes it the highest mountain in the contiguous 48 states. The park also includes over 100 marble solution caves (such as Crystal Cave) and more than 2600 lakes and ponds. It also features a wide range of ecosystems which exist at an amazing range of altitudes, from 1,700 feet near the Ash Mountain entrance to the peak of Mt. Whitney. According to history, Sequoia National Park was established in 1890 to protect groves of big trees, or giant sequoia's which are among the world's largest and oldest living things.

Besides, Sequoia National Park administered jointly with Kings Canyon National Park on May 20,1909. But even though these two parks joined together they still don't attract as many visitors as Yosemite National Park. All things considered, over the past 125 years, these two parks have grown to a extent of about 1,353 square miles of which 97% is designated and managed as wilderness. And more than 1.5 million people enjoy these special places. Sequoia National Park is full of amazing sites and experiences that essentially lead you to a more relaxing and intiutive moment. This experience may likely happen due to the nature based and the relaxing environment. While we face new challenges in the 21st century that were not envisioned when the parks where created, still the basic purpose of the parks remains essentially unchanged: to protect and preserve these public lands for future generations.